On April 18, 2018, Ohio received a determination from the U.S. Department of the Treasury and the Internal Revenue Service (the “IRS”) approving 320 census tracts for Opportunity Zone designation that had been proposed by the State of Ohio. Several Cincinnati Neighborhoods are now included in so called O-Zones, including the riverfront portion of the Central Business District, Over-The-Rhine (including Pendleton), and a large section of the West End. See the attached map for greater detail.

In order to take advantage of the incentives granted by O-Zones, the first step for a prospective investor would be the creation or identification of an O-Fund. O-Funds can take the form of a corporation or a partnership so long as at least 90% of its assets are held in qualified opportunity zone property. It is not entirely clear yet how an O-Fund will become certified, however, the IRS has indicated that a “self-certification” process is likely to be employed. The form for self-certification is set for release sometime in the summer of 2018. Until subsequent regulations and forms are promulgated, little can be known for certain at this time regarding the practical compliance with the O-Zone program outside of what is in the Code. This is not to say, however, that an investor ready to take advantage of this program is left without options. The foundational step to realizing the benefits of an O-Zone, the creation and investment in an O-Fund, can be accomplished now pending the circulation and subsequent filing of the self-certification form.[2] 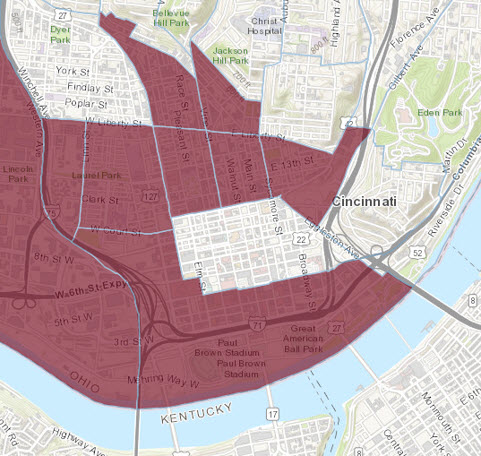 [2] The Code makes no specific reference to a self-certification process; it is likely, however, that subsequent regulations will impose such a requirement, as the IRS has indicated (see the IRS Frequently Asked Question page regarding Opportunity Zones). Therefore, an O-Fund can be created now provided that the Code is properly complied with as it is the only guiding legislation or regulation currently governing the matter.

[3] This map can be located at https://development.ohio.gov/bs/bs_censustracts.htm