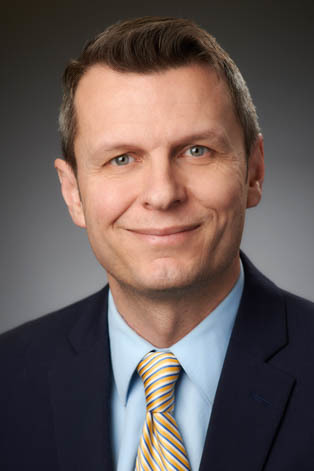 Paul Kerridge practices in the firm’s Litigation group, helping clients minimize litigation risk. When litigation does arise, Paul is well equipped having gained extensive experience by working on a wide range of cases in both federal and state courts.  In addition to working on litigation matters in trial courts, Paul has extensive experience in appeals.  For that reason, Paul has often assisted clients if a case goes up on appeal even when he was not involved in litigating the matter before the trial court.

Paul began his legal career with the Ohio Attorney General’s Office in 2014 as an Assistant Attorney General. There he litigated in federal and state courts representing clients in appeals before the United States Court of Appeals and multiple appeals before the Supreme Court of Ohio. This experience included defending the state of Ohio in Civil Rights litigation and Constitutional matters.

In 2017, Paul joined the Supreme Court of Ohio when he was invited to serve as a Judicial Attorney to Justice Patrick F. Fischer. Immediately prior to joining KMK Law, Paul served a term as a law Clerk to Judge Chad A. Readler at the United States Court of Appeals for the Sixth Circuit.

Since joining KMK, Paul has assisted clients in a diverse range of cases including appeals before the United States Court of Appeals for the Fourth and Sixth Circuits and the Supreme Court of Ohio.

Before attending law school at the University of Notre Dame, Paul played and then coached soccer at a high level.  His coaching experience includes a stint as an assistant coach at Harvard and leading club teams to the national championship tournament.